A typeface was first introduced as a concept in January 2020

at a visual media archive exhibition in Seoul called “Pride Over Prejudice”,

an exhibition that dealt with the status of sexual minorities in South Korea.

That typeface was “Gilbeot”, a Korean version of the Gilbert Typeface

which consists of the six-colour rainbow symbolising sexual minorities.

On display were several words written out in the concept typeface,

Even though the typeface was not fully developed,

many people were curious about the project.

“How great would it be if we could complete the Gilbeot Typeface for everyone to use?”

However, the journey to get there was no easy task.

This is because in English, approximately 100 characters

are needed for everyday usage,

including upper and lower case characters,

but in Korean, Hangul requires at least 3,000 character

permutations to be complete.

In the case of Korean rainbow Gilbert Typeface,

which can contain up to 11 colours in just one character,

it was necessary to constantly experiment colour combinations

so that the 3,000 characters would have a unified look.

Given the complexities involved in creating

no Korean version has ever been completed until now. 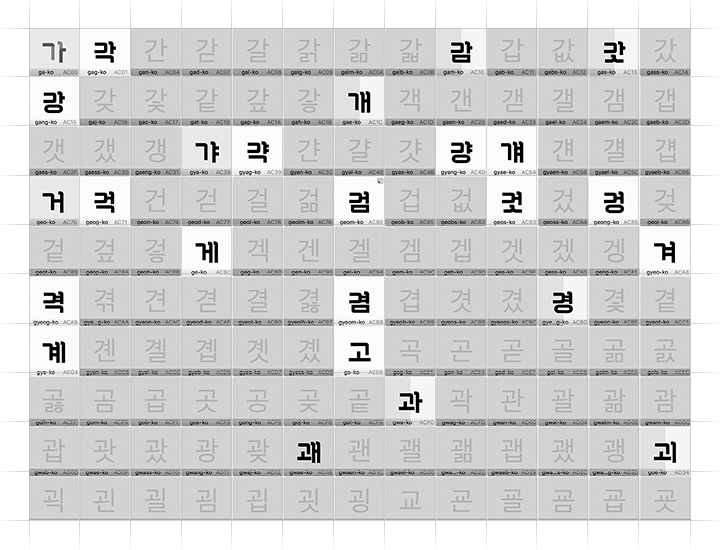 The complexities and difficulties involved in creating such a typeface

meant that it would also cost a substantial amount to develop.

for purchasing the software needed to develop the typeface

and labour costs for seven developers.

Hearing about the project, Beyond The Rainbow Foundation provided

three million won in as a deposit to the development team,

suggesting to receive the remaining 12 million won through fundraising.

And so in May 2020, Beyond The Rainbow Foundation

came into agreement with eight developers and 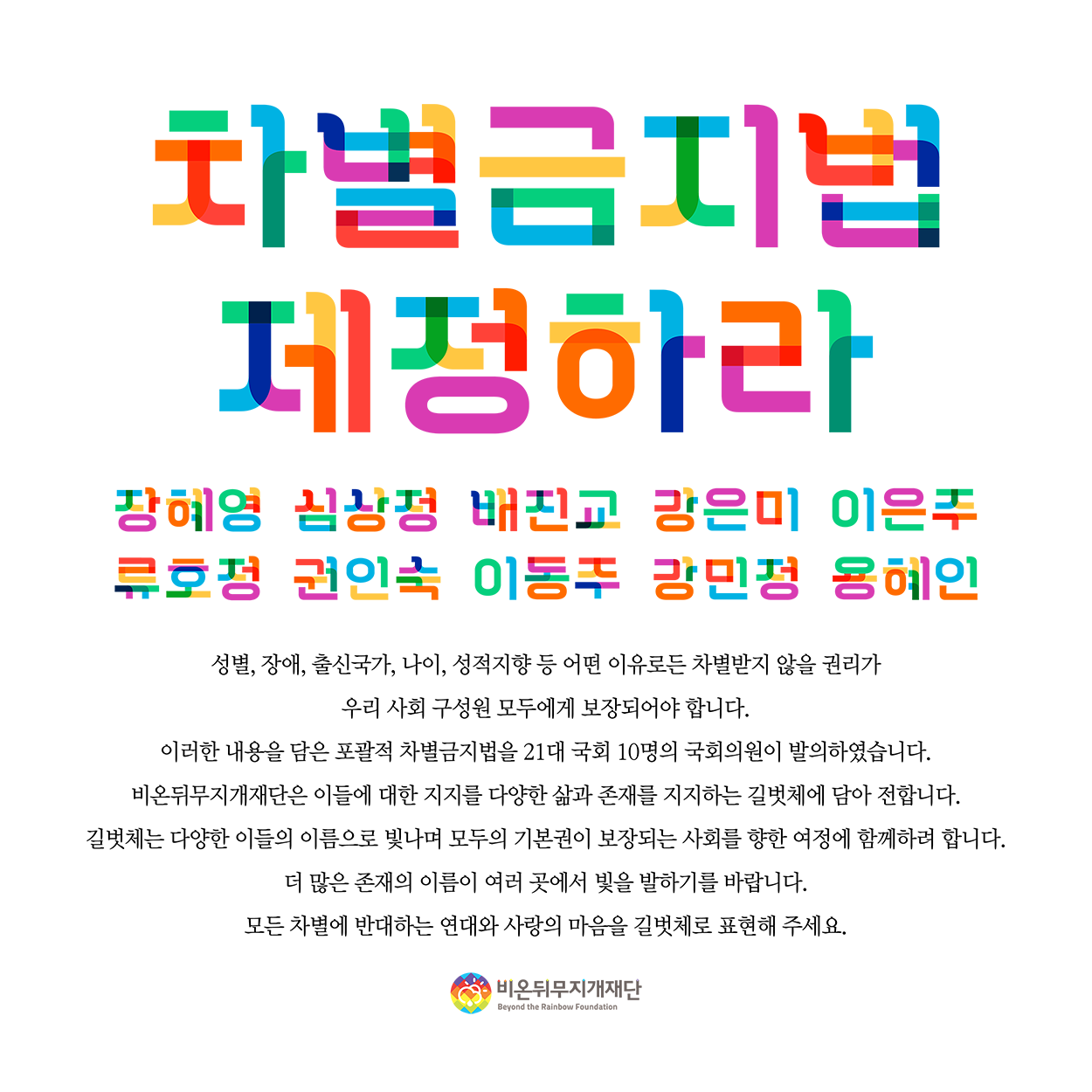 The project was a gamble, with no certainty it would succeed.

But thankfully, many people who shared the values

and understood the significance of Gilbeot Typeface

Those sponsors were named as co-developers,

who were also provided with a preview special edition

of the typeface in advance of the official launch.

The co-developers also received their names written out in the

new rainbow Gilbeot typeface, many of which uploaded these onto

social media expressing their support and promoting the fundraiser.

the true value of the Gilbeot Typeface by 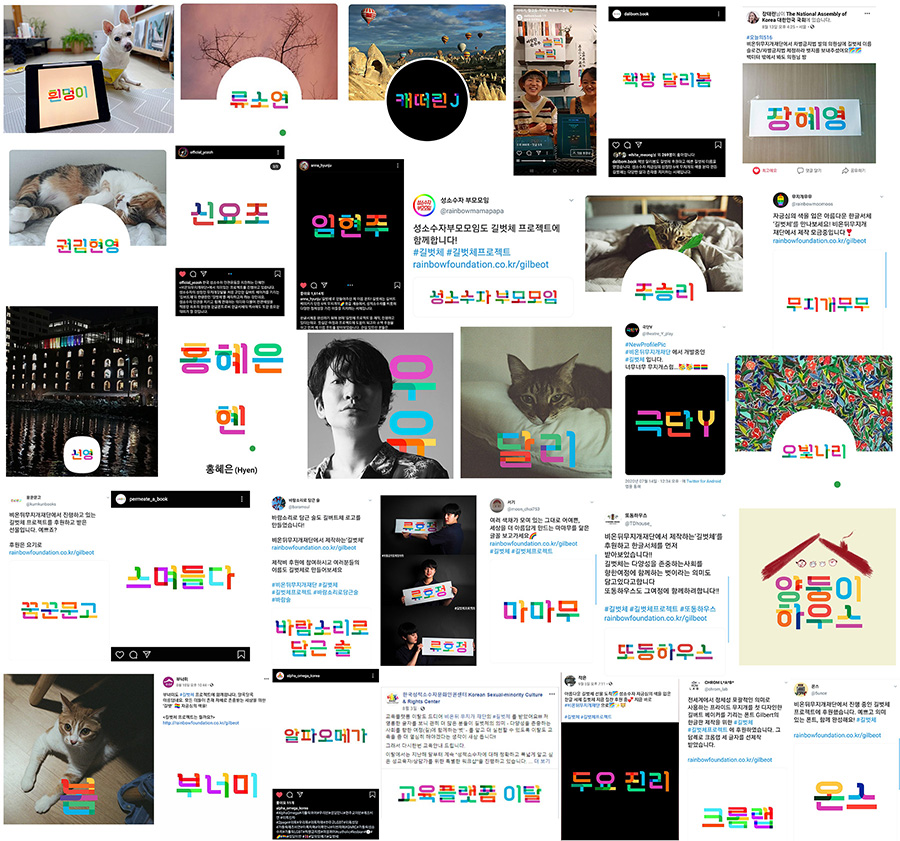 a total of 474 co-developers participated

in the creation of Gilbeot Typeface

during the 82-day fundraising period,

representing the pride of sexual minorities -

With the support of so many people,

but this is by no means the end.

Thanks to the generosity and support of all those involved,

the Gilbeot Typeface project was able to raise

more than the target amount.

It was thus decided to develop additional typefaces

including transgender and bisexual versions

with the extra funds available.

We will organise and release information on the typeface development

a rainbow Gilbeot version of the Haerye, the original promulgation of Hangul,

as well as in other vernacular scripts from around the world.

Gilbeot Typeface is a means to convey respect and

support for the existence of all people, as they are.

We look forward to your continued interest and support

as we expand and further develop the Gilbeot Typeface project.